The Counties With the Most UFO Sightings 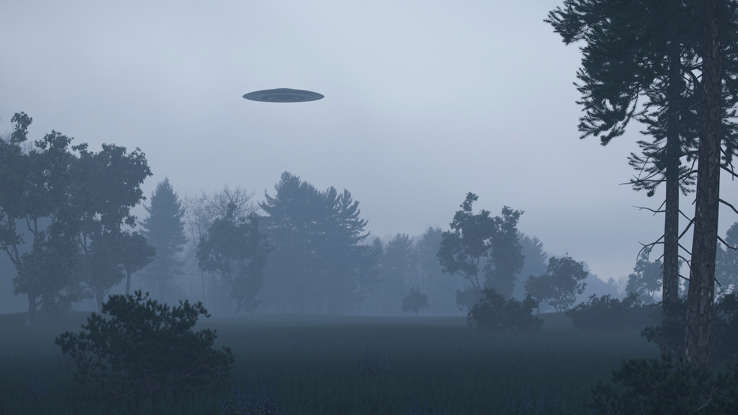 The Counties With the Most UFO Sightings

1 of 51 Photos in Gallery©ursatii / Getty Images

Reported sightings of unidentified flying objects (UFOs) have increased in recent years, and some parts of the country have proven to be particularly hospitable to strange things in the sky — or at least to those who see them.

24/7 Tempo has identified the counties with the most UFO sightings per capita, based on data provided by Cheryl Costa and Linda Miller, authors of “UFO Sightings Desk Reference: United States of America 2001-2020.” The data shows the relative likelihood of county residents reporting UFO sightings. (Population figures come from the US Census Bureau’s American Community Survey.)

A number of factors influence the number of sightings, including population, geography, climate, and weather. Reporting is facilitated by access to broadband, and media reports may create a feedback loop: high-profile incidents, such as when airline pilots report being buzzed by fast-moving objects, are often followed by a rash of sightings. (Here is why scientists think there is life on other planets.)

Horry County, South Carolina leads the country in UFO sightings, with 254.1 per 100,000 residents. That makes sense as it’s home to Myrtle Beach and North Myrtle Beach, the cities with the most per capita sightings.

The No. 2 and No. 3 spots are claimed by Yavapai and Mohave counties in Arizona. The state has three more counties farther down the list: Maricopa, Pima, and Pinal. That may have something to do with the state’s clear skies and with the fact that Arizona is a leisure destination — another factor that drives sightings. (These are the states with the most UFO sightings.)

There are also seven counties each in Florida and Washington, six in Colorado, five in California, and four in Oregon. If there’s a surprise inclusion, it’s New York County — better known as Manhattan — with 65.3 sightings per 100,000 residents. Though the city’s tall buildings and bright lights are hardly conducive to sightings, it is, after all, a magnet for visitors — and maybe extraterrestrials figure if they can make it there, they can make it anywhere.