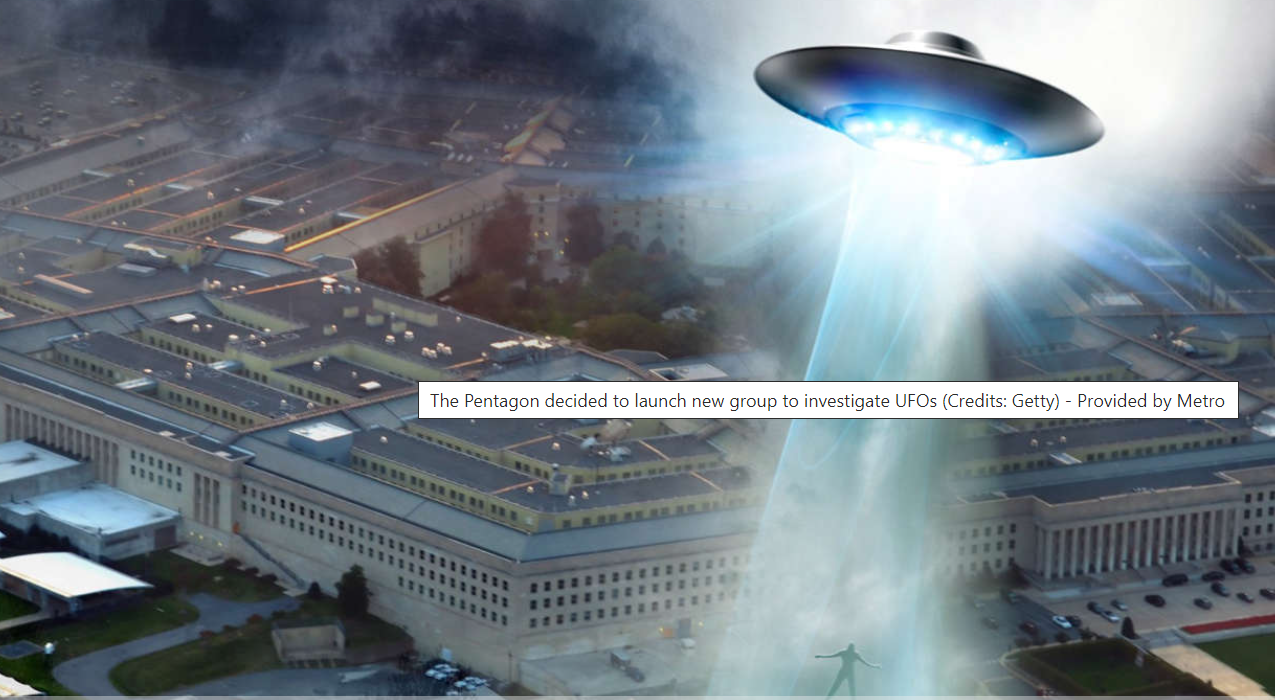 The truth is out there, and the US government is going to talk about it at a subcommittee hearing open to the public.

The truth is out there, and the US government is going to talk about it at a subcommittee hearing open to the public.© Provided by MetroUnited States Representative André Carson says the public deserves to know about the existence of UFOs (Credits: Getty)

Slated to take place next week, the US House Intelligence Committee’s Counterterrorism, Counterintelligence, and Counterproliferation Subcommittee will delve deep into the subject of UFOs.

Specifically, they will discussing a high-profile report released last year into ‘unidentified aerial phenomena’ or UAPs.

In the process, Ronald Moultrie, the Pentagon’s top intelligence official, and Scott Bray, the deputy director of naval intelligence, will testify before the panel.

Traditionally, these kinds of things have always been discussed behind closed doors. But, for the first time in 50 years, the public will get a chance to watch and listen.

‘The American people expect and deserve their leaders in government and intelligence to seriously evaluate and respond to any potential national security risks — especially those we do not fully understand,’ the panel chair, Rep. André Carson, said in a statement on Tuesday.© Provided by MetroThis image of a UFO was snapped in the 70s (Credits: Instituto Geogrfico Nacional de Costa Rica)

The last time anything like this happened was back in 1970, when the Air Force closed down Project Blue Book – a public investigation into UFOs spearheaded by then-House Republican minority leader Gerald Ford.

There was a huge amount of hype around the 2021 report into UFO sightings. But, when it arrived, it stated the data was ‘largely inconclusive’.

The 9-page report reviewed 120 incidents recorded by US military but the government didn’t confirm anything about UFOs other than they might be airborne clutter, natural atmospheric phenomena or aerial crafts from adversaries like China or Russia.

However, the public report did mark the first time the American government fully admitted there are things in the sky it can’t explain.

The report states: ‘Our analysis of the data supports the construct that if and when individual UAP incidents are resolved they will fall into one of five potential explanatory categories: airborne clutter, natural atmospheric phenomena, USG or U.S. industry developmental programs, foreign adversary systems, and a catchall ‘other’ bin.’

It continues: ‘With the exception of the one instance where we determined with high confidence that the reported UAP was airborne clutter, specifically a deflating balloon, we currently lack sufficient information in our dataset to attribute incidents to specific explanations.’

‘Although most of the UAP described in our dataset probably remain unidentified due to limited data or challenges to collection processing or analysis, we may require additional scientific knowledge to successfully collect on, analyze and characterize some of them.’

Following the report’s publication, the US Department of Defense formed a new task force for specifcially to investigate UAPs.

It was named the Airborne Object Identification and Management Synchronization Group and instructed to look at reports of UAPs near US military facilities.

The group is overseen by the Under Secretary Of Defense for Intelligence, the director of the Joint Staff and officials from the Office of the Director of National Intelligence.

‘Incursions by any airborne object into our SUA (Special Use Airspace) pose safety of flight and operations security concerns, and may pose national security challenges,’ the Pentagon stated

When will the hearing take place?

© Provided by MetroThe hearing will take place next week on May 17 (Credits: Getty)

Next week’s hearing is scheduled to take place next Tuesday, May 17.

It will commence at 10am local time, which translates to 3pm here in the UK.

Representative Adam Schiff, who chairs the House Intelligence Committee, said the purpose of next week’s hearing was to shed light on ‘one of the great mysteries of our time and to break the cycle of excessive secrecy and speculation with truth and transparency.’

We’re looking forward to it.