Researchers in China claim they have developed ‘mind-reading’ artificial intelligence that can measure loyalty to the Chinese Communist Party, reports say 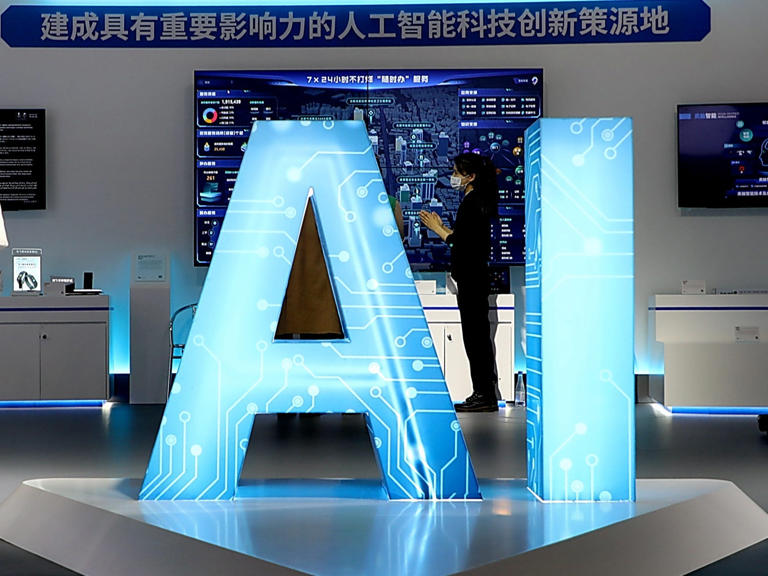 Researchers in China claim they have developed ‘mind-reading’ artificial intelligence that can measure loyalty to the Chinese Communist Party, reports say

In a now-deleted video and article, the institute said the software could measure party members’ reactions to “thought and political education” by analyzing facial expressions and brain waves, according to The Times.

The results can then be used to “further solidify their confidence and determination to be grateful to the party, listen to the party, and follow the party,” the researchers said, per the report. The post was taken down following public outcry from Chinese citizens, according to a VOA article published Saturday.

Dr. Lance B. Eliot, an AI and machine learning expert, wrote in Forbes last week that without knowing the specifics of the research study, it’s impossible to prove the validity of the institute’s claims.

“This is certainly not the very first time that a brainwave scan capability was used on human subjects in a research effort,” he wrote. “That being said, using them to gauge loyalty to the CCP is not something you would find much focus on. When such AI is used for governmental control, a red line has been crossed.”

1 of 10 Photos in Gallery©Provided by Business Insider

The story of Neuralink: Elon Musk’s AI brain chip company where he had twins with a top executive

Elon Musk is known for his high-profile companies like Tesla and SpaceX, but the billionaire also has a handful of unusual ventures. He says he started one of them to achieve “symbiosis” between the human brain and artificial intelligence.

Neuralink is Musk’s neural interface technology company. It’s developing a device that would be embedded in a person’s brain, where it would record brain activity and potentially stimulate it. Musk has compared the technology to a “FitBit in your skull.”

While Musk likes to talk up his futuristic vision for the technology, the tech has some potential near-term medical applications.

Here’s everything you need to know about Neuralink:

The Chinese government has come under fire for using AI and facial recognition systems to track and control Uighurs, an ethnic minority group. Between 1 million and 3 million Uighurs have been detained by the Chinese Communist Party in “reeducation camps,” according to the Senate Foreign Relations Committee.

“The scientific pursuit of biotechnology and medical innovation can save lives,” US Secretary of Commerce Gina M. Raimondo said in a press release announcing the sanctions. “Unfortunately, the [People’s Republic of China] is choosing to use these technologies to pursue control over its people and its repression of members of ethnic and religious minority groups.”