Facebooks Nazi-Bots Fuck It Up Again 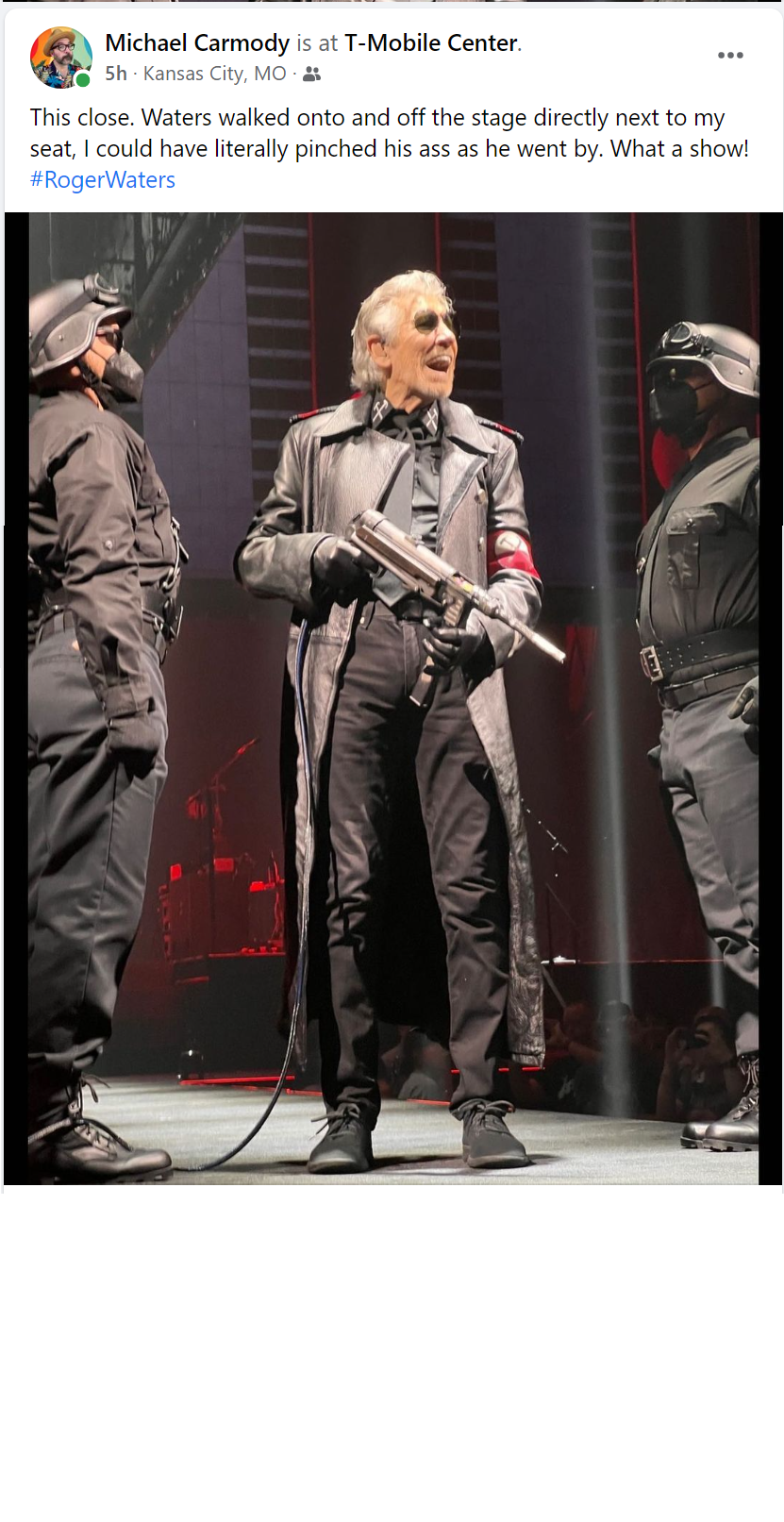 Artificial Intelligence Would Lock Us All Up In Camps For Using Sarcasm.

Its no surprise that Facebooks bots and “community standards” are as ham-fisted as they are iron-fisted.
Not a day goes by that I dont see another notice or message from a friend who has been thrown into facebooks gulag for some absolutely ridiculous reason. And as a result, people are clamoring for ANY other social media platform. Which is easier said than done as facebooks predatory practices have been sabotaging and using their marketplace might to smash any new platform or push it out to the margins where ease of use and traffic become harder and harder to gain and maintain.

The most recent idiocy out of facebook came when this write posted a sarcastic “We like Nazis” on a friends post. The post was a picture that he had taken at a recent Roger Waters show in Kansas City. The opening of Water’s show is him in a VERY Nazi-esque black leather trench coat, accompanied by two very storm-trooper looking guards. By design, this imagery is supposed to evoke almost exactly the Nazi 3rd Riech of Germany in the 1930s-40s. This theme played heavily in the Pink Floyd album “The Wall”, but of you are over 7 years old, you know this. Waters is playing on several things in this tour and show, not the least of which is Impeached ex-president Donald Trumps rallies which at times resemble Hitlers rallies.

One thing I had noticed when watching the many videos on youtube from Roger Water’s shows in the last several years is that while he is clearly NOT a “Nazi” , and the abstract of his message is a WARNING against the returning rise of fascism. However I always found it extremely ironic and “interesting” that so many in the audiences would stand and give the Nazi salute “sieg hiel” as Waters strutted around the stage with a machine gun calling out “queers” and “Jews”. I know that a majority of Waters fans know that this is role-playing and not a true call to “Put them up against the wall”, however there is still that brainless part of the audience that males it out of the trailer park to see the show that is thinking “Hey this is cool! Sieg Heil! Lets kick the shit out of some Queers!”.

So I was pointing out this irony that even though Waters is not there to preach to the converted, the ‘optics’ (as the kids say these days) is very weird.
So I posted a comment that simply said “We like Nazis” purely as sarcasm to my friends picture from the concert. (BTW: He is FAR from a Nazi, or fascist, or trump supporter and is one of the nicest guy you’ll ever know.)

Within a few minutes, I got a notice from facebook flashing on my screen screeching at me about ‘violating community standards’ and throwing me into zuckerberg concentration camp for 6 days.
WTF?

This is problematic on several levels: So what if “I like Nazis”? Arnt we supposed to love our enemies? What about those moralistic stories about aging holocaust survivors befriending Nazi War Criminals and redeeming them and forgiving them and the Nazis rejecting their old beliefs? Is THAT what zuckerberg is terrified of here?
Or is it more like zuckerberg is jealous? And actually took my silly sarcastic comment to heart?

Every day we see yet another example of zuckerbots going far over board in punishing someone for the most ridiculous and far-fetched things. Its almost like it was being run by the Nazis sympathizers that ran the topeka newspaper’s online forums for years. (The ones that accused me of “Being a Phelps” and swore that they had “An abundance of evidence that proves it.”, and then spent several years stalking me all over the internet doxing me and encouraging others to harass me in real life all becuase they could not stand the idea that they were WRONG, and publicly PROVEN wrong.)

Feel free to send us any screen-caps and incidents of you or someone else getting banned from facebook for rediculous and petty reasons. It might be “interesting” to collect an archieve of such things.