DA Kagay to Take Bite #3 at his Shit Sandwich, Retrying Dana Chandler Yet Again, Still Has No Evidence Or Case. 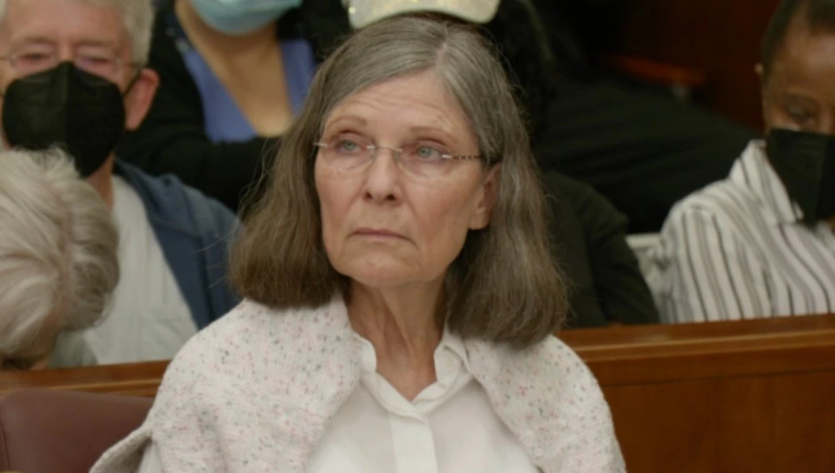 A great big WTF!? Hovers around every sentence of this article.

First of all, so there WAS some sort of hearing yesterday, yet we were told that it had been postponed and there was no hearing.

Its not like it was going to be a real barn-buster hoe-down circus with all of Kagays Monkeys. But still…. Something fishy happened there.

Then there was last nights WIBW news report talking about a hearing and such.
““Published: Oct. 11, 2022 at 7:51 PM CDT| TOPEKA, Kan. (WIBW) – A Criminal Assignment Docket was set for Dana Chandler after a status hearing on Tuesday. Chandler will appear in court on November 3rd.””

Then this article shows up early this morning.

THEN: “The change of venue was ordered by the Kansas Supreme Court’s Office of Judicial Administration, according to documents filed Tuesday in Shawnee County District Court in Topeka.”

This might be standard operational procedure, I’m no lawyer. But wasn’t it up to Rios to order the change of venue? And a lot of people were talking about it as though she actually HAD done that, even though *I* only recall her saying something to the effect of “TENTATIVELY change of venue” and then a little back and forth between the defense and persecution about moving it to Johnson County. (Because someone had already done public polling there and found it to be much much more balanced and neutral than Shawnee county as far as trial publicity and bigots having their minds made up.

Then this big WTF:
“Additionally, Shawnee County District Court Judge Cheryl Rios, who heard Chandler’s retrial from Aug. 5 to Sept. 1 that ended in a hung jury, will once again preside over the proceedings.”

So if Rios is presiding, then I suppose they wont have to go through all of those pre-trial motions again? And the same basic set of rules will still apply?
They REALLY do not want to let this case get out from under their thumbs do they? And is’nt “Pottawatomie County District Court in Westmoreland”, where the jury will be drawn from well within the WIBW broadcast and viewing area? How many TV and “Local” news stations ARE available in Westmoreland? And there for have been assaulted from the airwaves with all of WIBW (Stands for “We’re In Bed (with) Warswick.) What was so wrong with Johnson County?

Like I said, I’m no lawyer, Im just a guy who is very concerned about truth and justice and I’ll go one further: I’d like to see the REAL killer get caught and prosecuted.

Chandler was arrested in 2011 in Oklahoma in connection with the July 2002 double-murders of her ex-husband, Mike Sisco, 47, and his fiance, Karen Harkness, 53, at a home in the 2200 block of S.W. Westport Square in west Topeka.

Chandler was convicted of the crimes in 2012 in Shawnee County District Court.

However, the Kansas Supreme Court in 2018 overturned the convictions, citing prosecutorial misconduct.

They always seemed to downplay it with the “prosecutorial misconduct.” line. When the Kansas Supreme court called it “An Intolerable pattern of deception” It went far beyond that with police officers, like Lead Defective Richard Volle outright lying while sworn under oath. And one of the things he lied about was a “Protection From Abuse order” that he and Spradling conjured up out of smoke and mirrors and claimed that THATS what triggered Dana to kill Mike Sisco and Karen Harkness. Unfortunately for them and their plan to mislead the jury into a guilty verdict, there was no such “Protection From Abuse order”, and never had been. Yet THATS what most of that jury claimed convinced them of Dana’s guilt. This was no “Mere technicality” as victim/witnesses and local reporters alike like to refer to it as in an effort to diminish and lessen the importance of the grievous harm that Jaqui Spradling and Defective Volle had done to the case, Dana, and Justice, and the law. This was no trifling petty matter. And Dana’s convictions were over turned because of it, and she sould have been set free then, but instead a stubborn law enforcement and justice system had to go after Dana for a 2nd trial to try to protect a lot of peoples reputations, not to mention have to contend with the fact that there is still a vicious murderer running loose out there. One that might be a little closer to home than anyone is comfortable with. So they think that as long as they keep Dana caged up and scapegoated for the crime, THEY will all feel safer from the killer who is not behind bars. Oh what a tangled web they wove!

Chandler was granted a retrial, which took place in August and ended in early September in the Shawnee County Courthouse.

More than 60 witnesses were called to the stand during the retrial.

After six days of deliberations, the jury couldn’t reach a unanimous decision.

The retrial ended in a hung jury, with seven jurors in favor of convicting Chandler and five in favor of acquitting her, officials said.

In a status hearing Sept. 29 in the Shawnee County District Court, Rios denied a defense motion to acquit Chandler of the crimes for which she was charged. A third trial was ordered.

Chandler defense lawyer Tom Bath requested a change of venue for the new trial in the Sept. 29 status hearing, with Johnson County District Court in Olathe mentioned as a possibility. Olathe is 57 miles east of Topeka.”

And Westmorland is 60 miles NorthWest of Topeka.
We would love to know what convoluted logic plucked this courtroom out of a hat. I really don;t know if this is good or bad for service the demands of truth and justice and giving Dana her due process.

On Tuesday, the change of venue was officially granted, but instead of being in Olathe, Chandler’s third trial will take place in the Pottawatomie County city of Westmoreland, located 60 miles northwest of Topeka.

In a separate document signed by Stegall and filed on Tuesday, Rios was designated to be the judge in Chandler’s third trial.

Following her 2012 convictions, Chandler had been held in the Topeka Correctional Facility, the state’s only prison for women.

After the Kansas Supreme Court overturned those convictions, Chandler was transferred in May 2018 to the Shawnee County Jail in Topeka.

During the Sept. 29 status hearing, Rios lowered Chandler’s bond to $350,000 cash or professional surety from the previous amount of $1 million.

She remained in the Shawnee County Jail as of Wednesday morning.

Also during the Sept. 29 status hearing, the date for Chandler’s third trial was set for Feb. 6, 2023. The third trial is expected to last approximately four weeks.

I feels to me as though someone(s) do not want the public to see and watch this trial. I would like to see the results of any polling that has been done in Westmorland, Or pottawattami Co to find out how many people have heard of this case and who might have already formed an opinion on it.

Perhaps www.dystopeka.com should conduct our own poll and find out for ourselves?