A New Serial Killer In Iowa Who Went Undetected For Decades 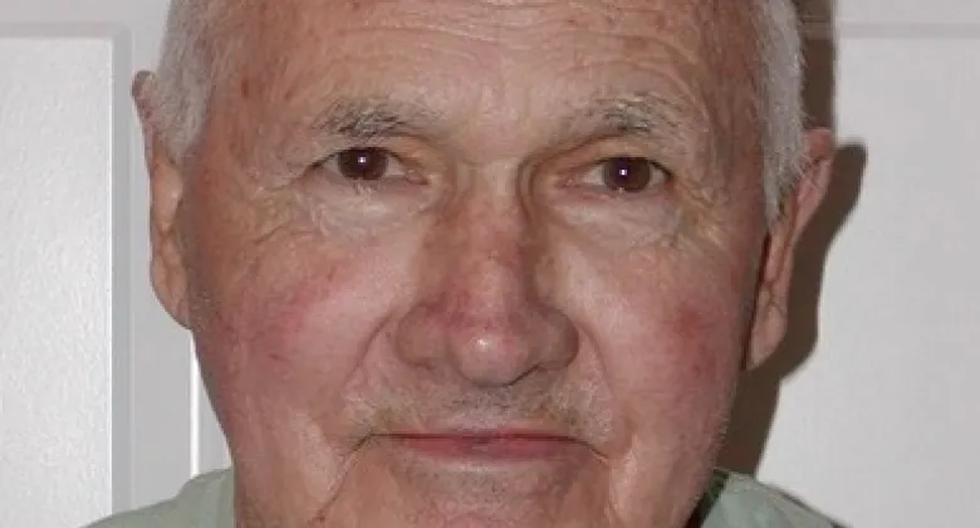 This week, an Iowa woman unleashed allegations that, if true, could uncover a decades-long crime spree that went completely undetected. The woman in question is named Lucy Studey, and she’s accused her father, Donald Dean Studey, of killing as many as 70 women throughout his lifetime. Here’s what we know so far.

In an interview with Newsweek published on October 22, Iowa woman Lucy Studey brought her harrowing story to a national audience. What’s followed is a massive investigation that could potentially uncover one of the most prolific serial killers in American history.

As Lucy told Newsweek, she’s tried to uncover her father’s crimes for decades. She insists that her story isn’t just suspicion—shockingly, she claims that she helped bury the bodies of her father’s victims. According to the interview, Donald would direct Lucy and her siblings to help transport the remains to a well in the woods adjacent to their property. They were then directed to pile dirt and lye on top of the victims.

investigating the claims of a woman who says her father was a serial killer.

“He would just tell us we had to go to the well, and I knew what that meant,” Lucy remarked. “Every time I went to the well or into the hills, I didn’t think I was coming down. I thought he would kill me because I wouldn’t keep my mouth shut.”

The Investigation So Far

Lucy Studey’s stories have become local legend. Up until now, the word of one woman hasn’t been enough to spur an investigation sure to cost the state tens of thousands of dollars. However, that was until Jim Peters, the head of Samaritan Detection Dogs, got involved. Peters took on the case pro bono, leading his tracking dogs to the area Lucy insists hides upwards of 50 victims.

The dogs picked up on the scent of human remains at four different locations, however, the last location took most of the canines’ attention, getting multiple “hits,” as Peters tells it. “Today told me there is the odor of human decomposition in the area,” said Peters. “More work needs to be done to confirm that … I feel pretty good about what I saw from the dogs, but I’m not going to hang my hat on that.”

The Fremont County Sheriff’s department is now involved, and Sheriff Kevin Aistrope is convinced that there’s something to Lucy’s story. “I really think there’s bones there,” said Aistrope. “It’s hard for me to believe that two dogs would hit in the exact same places and be false. We don’t know what it is. The settlers were up there. There was Indian Country up there as well, but I tend to believe Lucy.”

However, as it stands, there is no evidence of a crime. No bones have been recovered, and no potential victims have been identified. “No one would listen to me,” Lucy told the outlet. “The teacher said family matters should be handled as a family, and law enforcement has said they couldn’t trust the memory of a child. I was just a kid then, but I remember it all.” Yet, finally, after 45 years, law enforcement is finally unpacking Lucy’s horrifying tale.

The two women were married to Iowa resident Donald Dean Studey, who passed away in 2013. Recently, he’s become the talk of the town because of allegations from his daughter that he murdered dozens of people.

Fremont County Sheriff Kevin Aistrope confirmed that they are investigating Studey’s daughter Lucy’s claims that he did murder and that she knows where the bodies are because of having to help as a young child.

‘I believe her 100 percent that there’s bodies in there,’ the sheriff said.

Law enforcement suspect that he lured women, possibly sex workers, from the Omaha area to his five acre property before murdering them.

Forty five years after his death, Studey’s property is being searched by officials with assistance from cadaver dogs, which the Fremont County Sheriff’s Office confirmed picked up scents on four different locations across the property.

The dog handler, Jim Peters with Samaritan Detection Dogs, and Sheriff Aistrope both believe there are human remains on the property because the dogs are trained to ignore animal remains.

Studey’s other daughter, Susan, refute’s Lucy’s claims about their father, and says the dogs only hit on a stillborn infant sister who was buried on the property as well as their family’s golden retriever.

Some have questioned whether Studey’s previous wives were murdered, but the police reports show otherwise.

Both women deaths were ruled suicide, according to Daily Mail.

It has been revealed that one wife’s death was by gunshot wound, and the other by strangulation.

Lucy claims that all of the women had dark hair, were white and most were aged in their 20s and 30s – except for a 15-year-old runaway and two men.

She says they all were buried clothed and wearing jewelry, but Lucy said Donald would keep the gold teeth as trophies at their Green Hollow Road home.

“He would just tell us we had to go to the well, and I knew what that meant,” she told Newsweek. “Every time I went to the well or into the hills, I didn’t think I was coming down. I thought he would kill me because I wouldn’t keep my mouth shut.”

When asked about why she’s coming forward now, she explained there’s no lost love for her deceased father.

‘I don’t feel anything for my father. Nothing at all. I wanted justice when my father was alive, but he’s gone. I just want for the families some closure and a proper burial.’

Investigators believe Lucy’s claims, and say that if they are indeed true, Studey would be the most prolific killer in American history.

Authorities say if they need to bore out the well, that it will come at the cost of about $25,000, and if a full excavation is ended up being needed, it will run in the ballpark of $300,000.