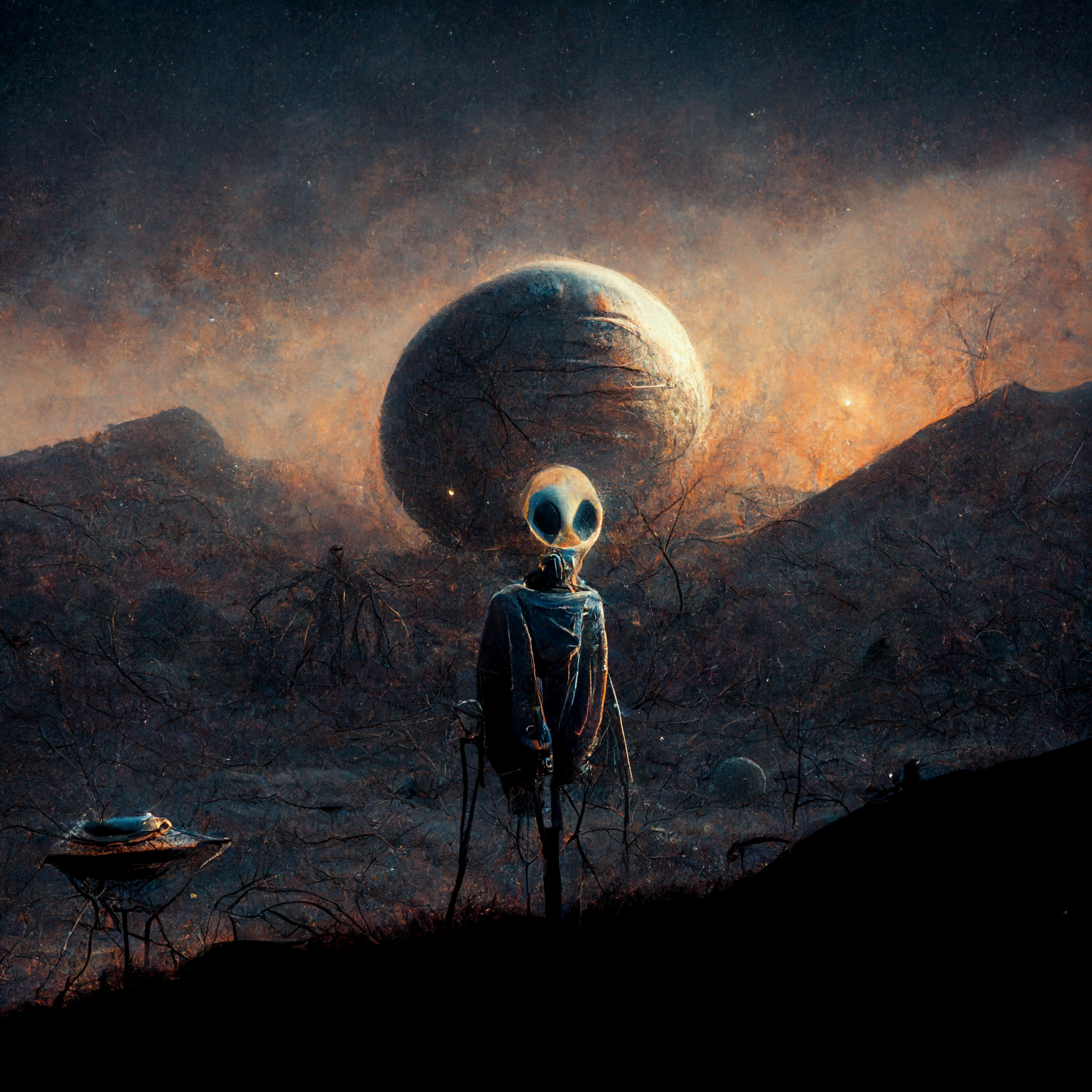 Would you touch it?

This industrial worker was out in the Arizona desert when he found strange alien looking things poking up from the ground. Brown, oozing stalks with bulbous lighter tips have sprouted up all over the dirt and desert grass. The man uses a metal tool to poke one and it seems to collapse in on itself. He pokes another and it wiggles in a way that is upsettingly similar to jello.

The man says he and his crew saw weird colored lights in the sky one night and a few days later these creepy things just appeared. Are they alien plants? Aliens themselves? Is this how we all become pod people? Probably not, but we should consider consulting a mycologist before panicking.

These mysteriously appearing stalks bear a strong resemblance to the stinkhorn family of mushrooms, sometimes called “devil’s horn” or “witch fingers” for their distinct creepy shape resembling a horn or fingers reaching through the ground. They also characteristically have a veil-like membrane at the top of the protuberance which protects the spores. This membrane can become gelatinous or liquid from water absorption and is the source of the name “stinkhorn” as it can be quite smelly.

There are many different varieties of this unusual mushroom, but perhaps we shouldn’t call the mystery solved just yet. The most notable difference in these unidentified ground stalks is their color. Most stinkhorns typically have a white or brightly colored stalk in the red or orange color range. These are a very dark, muddy brown. Additionally, stinkhorns generally are found in tropical areas and tend to prefer warm and wet areas. There have been stinkhorns found in Arizona, but it doesn’t seem to be common.

More and more people are on the lookout for signs of alien visitors now that the government has been declassifying documents and sightings. Could these things be the sort of proof that’s been previously classified? Could they be an unknown type of stinkhorn mushroom? Ask your mycologist friends to weigh in on this.